What is the West Maui Ridge to Reef Initiative?

The West Maui Ridge to Reef (R2R) Initiative is an all- encompassing approach across multiple agencies and organizations to address adverse impacts to coral reefs in West Maui. The State recognized that an integrated and comprehensive approach to reduce land-based sources of pollution is one of the most important steps to help restore coral reef ecosystems. The R2R Initiative builds on already established efforts underway and leverages resources across several agencies and community groups to implement actions to reduce one of the key sources of reef decline – land-based sources of pollution. 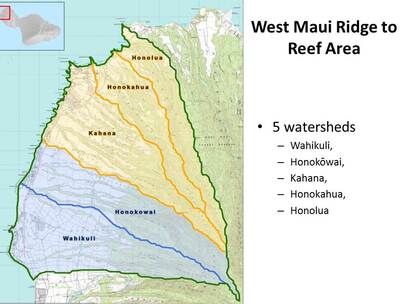 Priority Status: The Hawaii Coral Reef Strategy identified the coral reef ecosystem along the West Maui region as a priority management area. The US Coral Reef Task Force designated West Maui Watersheds as a priority partnership in the Pacific in 2011, beginning with Wahikuli and Honokōwai, and now including Kahana, Honokahua and Honolua. The R2R project area includes 24,000 acres from Kā`anapali northward to Honolua and from the summit of Pu`u Kukui to the outer reef.
In April 2015, West Maui was designated as a Resilient Land and Waters Initiative site by the Department of the Interior, the Environmental Protection Agency and the National Oceanic and Atmospheric Administration.
Ongoing and future work: The R2R Initiative seeks to build on existing work in West Maui.  The Watershed Management Plans for Wahikuli and Honokōwai funded by NOAA were completed in Dec. 2012, and plans for Kahana, Honokahua and Honolua Watersheds were completed in 2016.  These plans, and ongoing research efforts help direct the priorities of the Initiative. A comprehensive five watershed plan is currently being developed by the U.S. Army Corps of Engineers and will be finalized in Spring 2022. 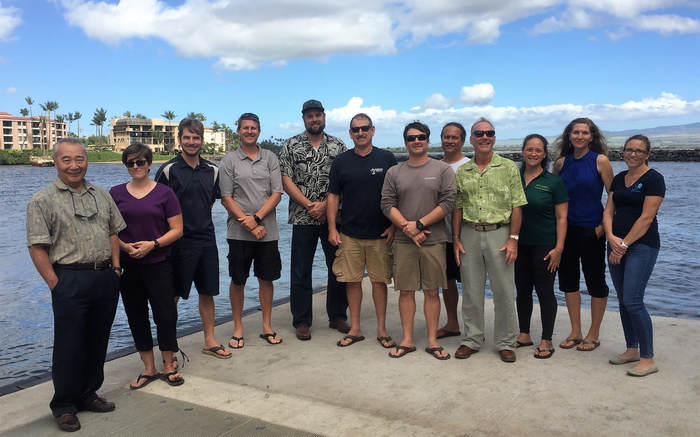 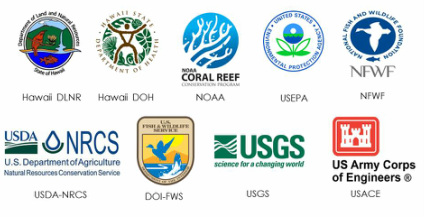 These partner agencies and organizations form the Funding and Agency Support Team (FAST), which is the leadership body for the Initiative.  The FAST meets quarterly to provide oversight in managing funds, prioritize activities and develop strategies to achieve the R2R goals.
More information about how the R2R works towards DLNR DAR's the Mauka Restoration Pillar can be found at the Hawaii Coral Reef Strategy website.